Former Somali Finance Minister, Hussein Halane, the Keynote Speaker at PDRCTALKS tonight, was candid, knowledgeable and truthful on his take on the latest political developments in Somalia. His narrative on the challenges facing the nation with regards to respecting the rule of law, federalism, cooperation between the Federal Government and Federal Member States was commendable as it was superb in presenting facts. Hussein’s presentation had added value with enjoyable sense of humor and beauty of Somali poetry.

The panel and contributors were competent and knowledgeable of the issues under debate. Questions and comments from the audience were highly sophisticated and current, but uncontrollablly long and wasteful of time. Former Federal Interior Minister, Abdi Farah Juxa, was brilliant in presenting a convincing argument on confederalism as the most suitable fallback to Somalia’s alternative governance, given the undeniable fact that the current leaders of Somalia had turned out to be anti-federalists.

PDRCTALKS event tonight, however, has ended in spectacular, unexpected and unsatisfactory fashion. The event exposed that there were no coherent PDRC Policy Guidelines on how to approach to common topical issues of Somalia, as obviously, the Centre has no Policy and Steering Team to thoughtfully work out guidelines for debaters and audience inputs in running the show. The Centre seemed to have not worked out constants and variables upon which to solicit for new ideas and monitor the variables in Somali fluid issues and situations.

There was disconnect in vetting PDRC workers’ statements. At the closure of the shows, the Centre often fails to summarize, for the audience, the topics covered and main conclusions in the interactions, and if any consensus emerged from the show.

Uncharacteristically, tonight’s event has suddenly ended up with a political statement by one of PDRC Senior worker, blatantly endorsing the political views of an opposition leader in Mogadishu, former President of Somalia, Sheikh Sharif Sheikh Ahmed. That public statement of support to the political opinions of that figure got both the audience and Keynote Speaker by surprise. Many wonder whether that seemingly unvetted political declaration by a PDRC worker is in line with its academic and research policy.

That was a loose canon, unhinged, childishly provocative to condemn confederalism without any consideration that it was an idea worth considering as research item.

He disrespectively and personally opposed Puntland intellectuals, who responsibly moved the Policy Paper for public attention.

PDRC shouldn’t condone such reckless personal behaviour under its name. It was an unfortunate incident that shouldn’t be done. Such misconduct will have consequences for the Center.

That worker’s job was expected to deliberate on what has transpired in the show, point out of any consensus reached at and thank everybody for coming in and having contributed to the success of the event. Period. No lone gunman political declarations, no endorsement of or opposition to any politician.

About the blogger: This blog is associated with the former Chief of Staff in Puntland State Presidency, 1998-2005. He also worked with the UN and World Bank Joint Secretariat for Somalia’s Re-construction and Development Program (RDP), 2005-2006, as a Zonal Technical Coordinator for Puntland and later as National Aid Technical Coordinator with the Transitional Federal Government of Somalia and European Union. He is now an independent political analyst and commentator on current issues and occasionally gives historical perspective on modern Somalia’s politics. He lives and works in Toronto, Canada. He can be reached at: ismailwarsame@gmail.com View all posts by Ismail Warsame 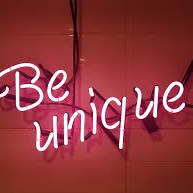 While all people of goodwill would welcome the President’s apology to Somaliland’s unilateral claim of atrocities by Barre’s Junta, he deliberately, or, naively ignores the war crimes and gross human rights violations committed by the regime in Mudugh and Kismaayo. Add to this, the banditry, plunder and robbery of Barre’s retreating and fleeing forces in Bay and […]

By Katrina Manson, OCTOBER 6,2015 Nuruddin Farah: ‘I write about Somalia to keep it alive’ The author on death and corruption in Somalia The first time someone attempted to ban Nuruddin Farah from writing he was nine years old. It happened again, twice, when he was 18 and 28. Then at 31, he was threatened […]

ON THE HORN OF AFRICA CONFEDERARION

In November 14-15, 2002, an international conference on the Horn political and economic integration was held at Institute on Black Life in Tampa, Florida, USA. The Keynote Speaker was the former President of Zambia, Mr. Kenneth Kounda, a reknown Pan Africanist. Presenters were mostly academics of Ethiopian origin in the USA. There were negligible number of […]

Let me state the undeniable fact about prevailing New World Order, and with regards to the reality in Somalia as well as elsewhere in the so-called “Developing World’. The world went through two devastating World Wars. Why? When a state becomes more powerful economically and militarily with large population, it invariably seeks hegemony (domination) in […]

Does Somalia Currently Need an Army?

An army is tasked to defend state frontiers, not fight insurgents and maintain public order because the collateral damages are too huge to use the national army that way. Public resentment would be too condemning to afford, if the army is utilized that way and the very exercise defeats the whole purpose for creating the army. A country infested with extremists and terrorists like […]

A WARLORD’S APPROACH TO EDUCATION

Somalia’s Federal Minister of Education clearly demonstrates why he is not the right person for the education portfolio. He went on TV to talk about a longstanding disagreement between the Federal Ministry of Education and Puntland State of Somalia on administration and certification of secondary school leaving examinations. Clearly this is a complex subject involving […]